Dan Obenour is interested in the development of quantitative models that improve our ability to understand and manage complex environmental systems.  His previous research has focused on the problems of hypoxia (low dissolved oxygen) and harmful algal blooms in the Great Lakes and northern Gulf of Mexico.  Dan also has considerable experience in the modeling of watersheds, streams, and reservoirs, related to the development of total maximum daily load (TMDL) studies and nonpoint-source pollution control plans.  Dan recognizes the inherent uncertainties involved with modeling coupled human-natural systems, and thus focuses on the development of advanced probabilistic (e.g., Bayesian and geostatistical) modeling frameworks.  He also aims to reduce model uncertainty through the assimilation of diverse sources of environmental information within these frameworks. 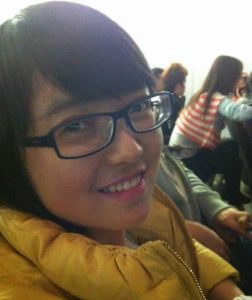 Yue Han is currently a PhD student in the Water Resources Engineering program at the North Carolina State University. She has the expertise in the fate and transport of contaminants in surface water, with two years of research experience in geographical analysis and water modeling. Her current research is on analyzing the suppression of harmful algal bloom using enhanced circulation and mixing in water supply reservoirs. She is also a member of the American Society of Civil Engineers, and she holds a MS in Environmental Engineering from University of Pittsburgh, PA.  Her Masters research included an evaluation of potential environmental impacts of unconventional gas drilling activities in Pennsylvania. 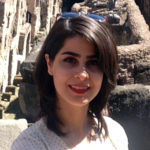 Kimia is a PhD student in Center for Geospatial Analytics focusing on water resources. She received a B.S. and M.S. in civil and environmental engineering from University of Tehran, Iran. Her master research was focused on designing spatiotemporal water quality networks using geostatistics. Currently, she is working on spatio-temporal watershed nutrient load trend analysis in Jordan Lake. watershed.

Alexey Katin is a PhD student in Civil Engineering focusing on water resources. He received a B.S. from National University of Science and Technology (Moscow, Russia) in 2009 and an M.S. from Dresden University of Technology (Dresden, Germany) in 2015. His master thesis was devoted to assessment of submarine groundwater discharge using radon as natural tracer in Hiroshima area (Japan).  His research interests center on hypoxia problems in the Neuse River Estuary through the application of coupled mechanistic and probabilistic models for predicting bottom dissolved oxygen concentration.

Rohith is a PhD student in Geospatial Analytics.  He received  Masters degree in Environmental Engineering from NC State and a Bachelors degree from Pondicherry University, India. His previous research focused on analyzing compositional variability of rainwater for long-term storage and utility. He is currently working on modelling hypoxia in Gulf of Mexico using geostatistical methods.

Matthew Aupperle is pursuing a Masters in Environmental Engineering focused on Water Resources. He received his bachelor’s From North Carolina State University in Environmental Engineering. His research as an undergraduate involved studying freshwater mussels and their response to surface water pollutants. Now, as a graduate student, he is developing a nutrient loading and storage model for Jordan Lake to explore possible avenues for controlling toxic algal populations and improving overall lake health.

Hayden Strickling is a Masters student at NCSU, focusing on Water Resources.  A graduate of UNC-Chapel Hill, Hayden has worked for several years in the green building industry before deciding to return to pursue a career in Civil Engineering.  Previous research included using Agent-based modeling to assess the dynamic interactions of social and hydraulic responses during a water contamination emergency.  Currently he is working on nutrient load trend analysis in the Neuse River basin as part of a predictive model for forecasting hypoxic conditions in the Neuse Estuary.  Hayden graduated in 2017. 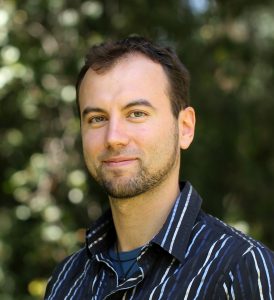 Dario is a postdoctoral researcher interested in understanding and quantifying the impacts of climate variability and human pressures on the quantity and quality of water resources. In his research at the interface of catchment hydrology and surface water quality impairments, he leverages process-based computer models, stochastic methods for uncertainty quantification and Bayesian inference. Dario earned a doctorate from the Swiss Federal Institute of Technology in Zurich, an MSc from the École polytechnique fédérale de Lausanne, and a BSc from the University of Bologna. After moving from Stanford, where he was working at the Carnegie Institution for Science, he is currently focusing on predicting how riverine nutrient loads and hydrometeorological forcings foster eutrophication and dead zones in critical systems such as the Gulf of Mexico and the Great Lakes.

Jonathan Miller is a post-doctoral researcher interested in understanding the link between anthropogenic watershed stressors and their connection to in-stream water quality. He recently finishing his Ph.D. at NCSU (December 2018) in Civil Engineering with a focus on Water Resources and is currently working on a hybrid watershed model for the Jordan Lake reservoir as part of the Jordan Lake Nutrient Management Study. Engineering is Jonathan’s second career. After teaching high school math in North Carolina and Guatemala for 15 years, he returned in 2013 to pursue a career in civil engineering. His research has focused on the use of hierarchical models to understand complex aquatic systems with the goal of conveying his results in clear and concise ways that can help inform the way we manage and interact with those systems. Teaching and service are other passions for Jonathan. He participated in the Preparing the Professoriate program at NCSU in the spring of 2016 teaching Hydrology and Urban Water Systems. He also traveled to Guatemala in the spring of 2017 accompanying a group from the NCSU chapter of Engineers without Borders as a traveling mentor.

Kevin’s work focuses on hierarchical models and spatial analysis. His projects in the lab include modeling the impacts of anthropogenic stressors on fish presence in Pacific coast estuaries; geostatistical modeling of hypoxia in the Gulf of Mexico; predicting arsenic and lead bioavailability in soils; and assessing the utility of lead presence measures in predicting blood lead levels in impacted areas. Kevin received dual Master’s degrees in Conservation Ecology (MS) and Landscape Architecture (MLA) from the School of Natural Resources and the Environment at the University of Michigan. He has interests in spatial analysis and modeling, landscape ecology, and ecosystem services. In his MS thesis he used point process modeling to characterize the 9-year spatial distribution of an important ecosystem service provider in Mexican coffee farms and identified potential drivers of this distribution.